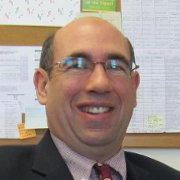 Steven Schwaegler is currently Fine Arts Curriculum and Instruction Specialist for the Davenport (Iowa) Community Schools. Previously, he was Director of Bands at Moline (Illinois) High School for 27 years. Prior to that, he was Director of Bands at J. Sterling Morton High School (Berwyn/Cicero, Illinois) for six years. Schwaegler received both the Bachelor of Music Education and Master of Music degrees from Northwestern University, where he studied conducting with John P. Paynter, and trombone with Frank Crisafulli (Chicago Symphony Orchestra). As an Ed. D. candidate at the University of Illinois in Urbana/Champaign, he studied conducting with James Keene, and trombone with Eliot Chasanov (formerly of the United States Air Force Band). Mr. Schwaegler has served as a guest conductor of the Illinois Summer Youth Music Camp on the campus of the University of Illinois, Urbana/Champaign, on numerous occasions. Schwaegler was named 1995 Educator of the Year by the Moline Jaycees and received 19 Awards of Excellence from the Moline Board of Education. In 1996 the Moline High School PTSA presented him with the Illinois PTA Distinguished Service Scroll. In 2011 he was presented a Certificate of Achievement by the Moline High School PTSA. In 1997 he was named a Master Teacher by The Moline Daily Dispatch/Rock Island Argus Newspaper and received the John Deere/Harvester Teaching Award. He represented Moline School District No. 40 in the Illinois State Board of Educations “Those Who Excel” awards program, and received an Award of Certificate. On three occasions he was awarded “Most Inspirational Teacher” in recognition of excellence in preparing students for academic achievement and leadership by Western Illinois University. Steve is principal trombone of the Quad City Wind Ensemble, and has been featured as guest conductor and guest soloist. He served as Illinois Music Educators Association District II Senior Band Chairman and District II Jazz Chairman and All-State Trombone Adjudicator. For 24 years he served as Illinois High School Association Solo and Ensemble Site Chairman. He is a member of the Iowa Music Education Association, National Association of Music Education, and the Iowa Bandmasters Association. Married to Susan Schwaegler, Instructor of Clarinet at Augustana College, Rock Island, IL, they have three children and two grandchildren. Greg is married and is an orchestra director at Neuqua Valley High School, Naperville, Illinois. Tim is married and works with media in Miami Beach, Florida. And Kate is married and an ice skating coach and personal trainer in the Quad Cities.