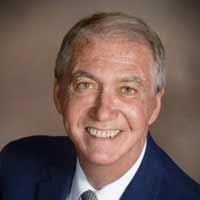 Ron May has been a music educator serving the Quad Cities for over 40 years. After graduating from Augustana College with a BME in choral/vocal music education, he has served as a choral director for high schools in Moline (IL), Davenport (IA), and North Scott (IA) schools. He has a Masters Degree in Vocal Performance and Pedagogy from the University of Iowa where he has also completed the coursework for a Doctoral Degree in Conducting. Through his leadership, his high school ensembles have performed in several exceptional venues including a performance for the American Choral Directors Association (ACDA) Regional Convention, and an appearance on the NBC “Today Show”, several performances in Carnegie Hall through MidAmerica Productions, and a unique opportunity in Washington D.C. as a state representative for the bi-centennial of the White House. His ensembles have toured Europe several times and many of his students have gone on to careers in music as educators, professional singers, and conductors. As a conductor, he has guest directed numerous district and regional high school choral festivals including the Illinois All State Chorus. He has served as President of District II in the Illinois Music Educators Association (ILMEA) and has served on the board of directors for ILMEA and the Illinois chapter of the ACDA as well as an advisor for the Illinois High School Association. He was honored as the national outstanding music educator by the National Federation of High School Associations in 2007. He has sung professionally as guest soloist with the Rochester Symphony Orchestra (MN), was guest artist with the Quad City Symphony Orchestra, and was selected by national audition to be a participant in the Carnegie Hall Choral Institute to sing Verdi’s “Requiem” in New York City conducted by Robert Shaw. In addition to music education, May is a well-known church musician and currently serves as organist and choirmaster for Trinity Episcopal Cathedral in Davenport, Iowa. He was chosen by audition to sing with the National Choir of the Royal School of Church Music in America where he sang a week of choral Evensongs in London’s Westminster Abbey and most recently sang at the National Cathedral in Washington D.C. in honor of Martin Luther King Day. He is the co-founder of Opera Quad Cities and has conducted many of its performances (Cosi fan tutte, Carmen, La Boheme, and Rigoletto among others). He has also served as music director for several professional musical theatre productions at Circa 21 Dinner Playhouse (Fiddler on the Roof, Legally Blonde, Sister Act, Hairspray, and Whodunit-the-Musical, among many others). His musical theatre students have performed on Broadway (Fantasticks, Miss Saigon, The Full Monty, & The Drowsy Chaperone) as well as in many regional productions and national tours. He is currently Division Chair for the Performing Arts at the Creative Arts Academy in Davenport, Iowa, and is an adjunct faculty member at St. Ambrose University in musical theatre and choral music. He is married to Cindy, a freelance choreographer, and they have two grown children, Tyson and Briony. Ron can be contacted at rmay2000@aol.com .