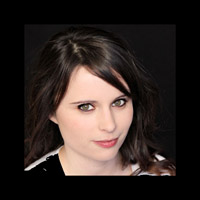 Jessica Taylor is a regular in the Quad Cities arts scene. She is the Coordinator and Development
Specialist at the Creative Arts Academy of the Quad Cities in Davenport, IA. Jessica is a Davenport
native, graduating from Davenport North High School. She received Bachelor’s degrees in Radio/TV
Production and Journalism from St. Ambrose University where she also minored in Theatre.

Jessica was a founding artist at the QC Theatre Workshop and is a proud member of the Workshop
Board. Jessica has appeared in numerous shows and readings at the Workshop including Molly in Peter
and the Starcatcher, Madeline Morton in Inheritors, Li’l Bit in How I Learned to Drive and Sylvia
in Tribes. Jessica has also worked in multiple capacities including acting, sound design, stage
management and teaching with other local theatre and production companies including The Curtainbox
Theatre Company, Davenport Junior Theatre and New Ground Theatre. She has originated roles in
numerous world premiere productions including Alyssa in Broken, Mom/Counselor in A Green River and
Suzanne/Young Coco in Creme de Coco directed by Broadway director Philip Wm. McKinley (Spiderman:
Turn Off the Dark, The Boy from Oz.) Jessica can be seen onscreen in A Cadaver Christmas, Call Me
Crazy, Amelia 2.0, and Sons and Daughters of Thunder.